Chells banners both before and after 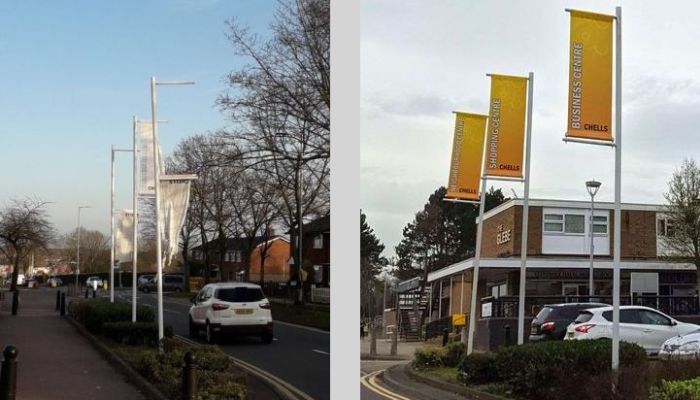 The work was completed promptly recently by Stevenage Borough Council.

“The banners were originally installed in 2011 by Stevenage Borough Council (SBC) when they refurbished The Glebe, which at the time was done with no consultation with the public or the Lib Dem local councillors. We never particularly liked them, or thought that they were necessary, but after 10 years they looked truly awful.

“It was clear that SBC were not going to replace them from central budgets, and I had received complaints from the public about their appearance - so the 5 local Lib Dem Chells and Manor councillors decided to step in with our local budgets to replace them with identical banners – on the basis that this was the easiest and cheapest way to get the street scene improved.

“Our thanks to the SBC officials and engineers who did the replacement promptly, only a few days after we agreed the funds from our budgets.”

The 5 councillors who funded the project are: