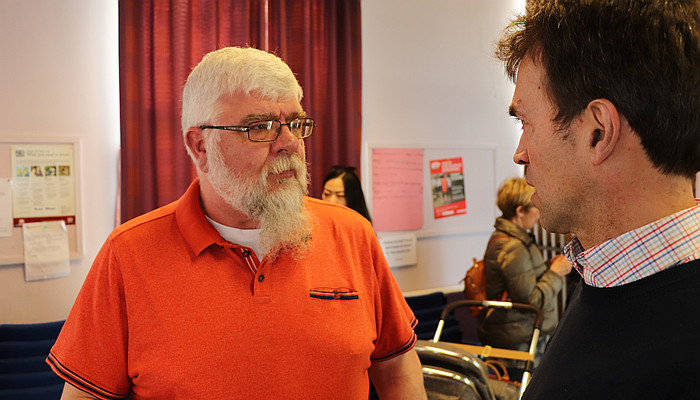 Graham Snell is a Borough Councillor for the Manor Ward on Stevenage Borough Council. He was first elected to the Mobbsbury Ward in 1998 and then was elected to Manor Ward when it was created in 1999. He has been re-elected six times since, the last time in 2021. He has a particular interest in the future of the town and has for many years been on the Planning and Development Committee and served on various other committees over the years.

Graham is a widower, having been married to his late wife Heather for 35 years. He has lived in Stevenage for over 30 years and worked in the town for much of that time in retail as a Newsagent and Supermarket Manager. He is now retired. He has brought up three children in Stevenage who were all educated at Thomas Alleynes School, two of them going on to University and another to North Herts College. Two of Graham’s children still live in the town and he has three grandchildren, all of which attend a local school.

Graham has a commitment to Stevenage, having first visited the town in 1977, and wants to help to bring back to the place some of the pride that many Stevenage people felt in previous years.