Success for Liberal Democrats in the local elections

Some great results for Liberal Democrats in last Thursday's local elections, especially for Manor Ward Councillor Andy McGuinness and Chells Ward Councillor Tom Wren who were both re-elected with increased majorities. Our other candidates throughout the town also fared well and we will be working hard with them to improve their fortunes in future elections. We are very grateful to everyone who supported us by voting for our candidates across the borough. 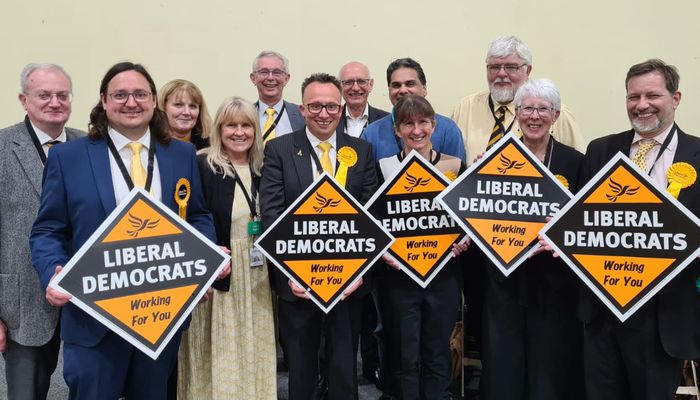 [Some of our councillors and candidates are pictured above after the count.]

Elsewhere across Hertfordshire, Liberal Democrat candidates enjoyed widespread success in district council elections on Thursday. All but one of our Lib Dem councillors who were standing again were re-elected and we also added 23 new councillors to their number. This helped increase the majorities of Liberal Democrats who run district councils in St Albans, Three Rivers and Watford.