Polar Bear sculpture at The Glebe cleaned and waxed

The Polar Bear sculpture at the Glebe Shopping Centre is looking much better following its cleaning a few weeks ago and its surface has now been waxed to help preserve its condition. The sculpture was originally made in 1964 and, after 58 years, it needed some renovation.

We hope that it will continue to amuse children of all ages for the future. 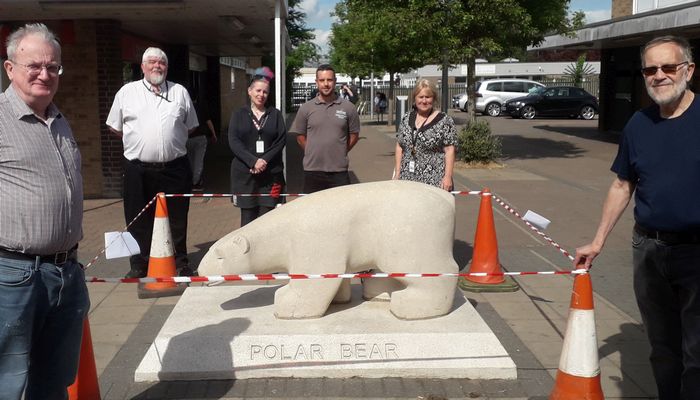 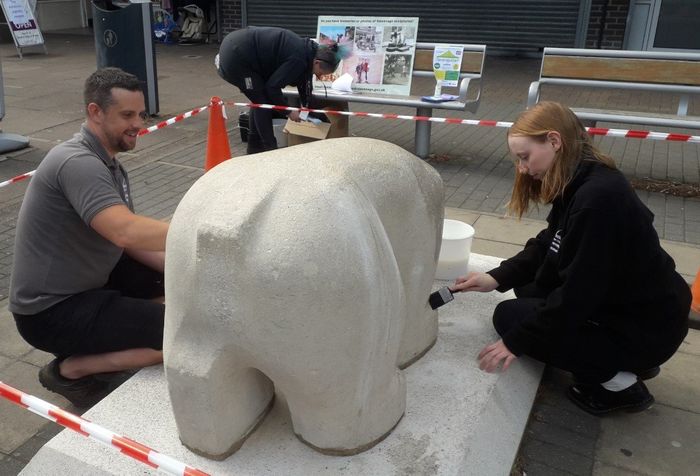 The Polar Bear is a sculpture created in Portland stone by Mark Harvey, a local artist who lived in Aston and and had a workshop there. The Polar Bear was placed in the Glebe Shopping Centre in 1964 not long after the centre opened. Mark created several other sculptures that were also placed around the town but sadly, these have not survived to the present day because they were made of wood.