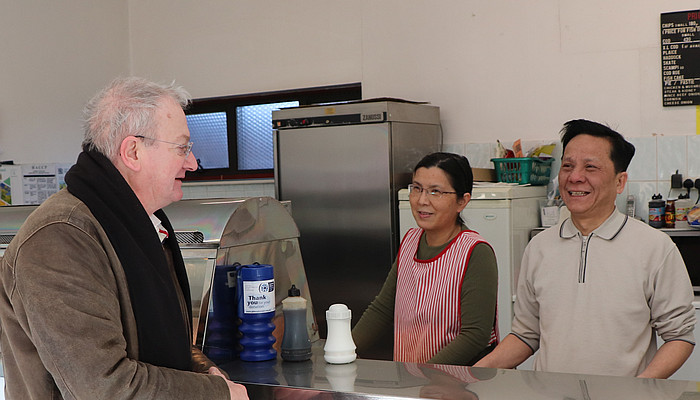 Robin was born and raised in Bradford, Yorkshire until the age of 8 when he moved with his family to Stevenage in April 1961, living initially in Siddons Road then from 1963 in Dryden Crescent, both in Chells.

He attended Camps Hill Junior School 1961 to 1963, when he transferred to The Nobel Grammar School, at that time in Telford Avenue and, from 1968, with additional buildings in Six Hills Way.

From 1970 to 1973 he studied for and obtained a Physics honours degree at the University of Birmingham (at Edgbaston) including a project in Low-Temperature Physics. He followed that in 1973 to 1974 by obtaining a Postgraduate Certificate in Education (PGCE) at the University of Cambridge (Darwin College) including making a video for schools on school-to-university transition.

Robin was a teacher for 40 years. In the first 35 years, he worked full time as a teacher in a variety of schools, mainly in Hertfordshire, but also in Essex and North London from 1974 to 2009. This was mostly in state mixed comprehensives but also in state single-sex, private mixed and private single-sex schools. His teaching was to ages 10 to 19 and covered mainly Physics but also Science, Maths, Biology and Chemistry, including Head of Department responsibilities and Examinations Officer roles. From 2009 to 2014 Robin provided private Physics tuition.

Robin Parker first stood and was elected to Stevenage Borough Council (SBC) in May 1982 for Mobbsbury Ward. When this was abolished in 1999, he moved to the new Manor Ward, which covers Mobbsbury and all of Chells Manor. He is the second longest-serving Borough Councillor on SBC, Leader of the Liberal Democrat Group and, at the council elections in May 2019, he obtained a record-breaking 76% share of the vote. Currently, he serves on the Overview and Scrutiny Committee and the Appointments Committee, amongst many other SBC commitments.

In May 2005, Robin first stood and was elected to Hertfordshire County Council (HCC) for Chells Division. Currently, he serves on the Pensions Committee and the associated Pensions Working Party and the Standards Committee. He is the longest-serving Stevenage County Councillor on HCC.

Robin does not have a lot of spare time but has interests including travel, radio broadcasting, space and astronomy.