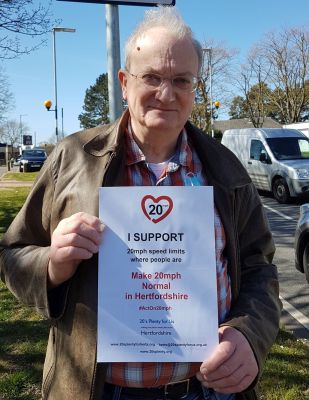 Neil Brinkworth, our candidate in St Nicholas Division is also a supporter of the Herts Twenty's Plenty Campaign.

Neil says, "I fully support the campaign to make 20mph being the default speed limit for built-up areas in Hertfordshire. This change would do much to improve people's lives by creating better a sense of shared spaces in the streets where people live."